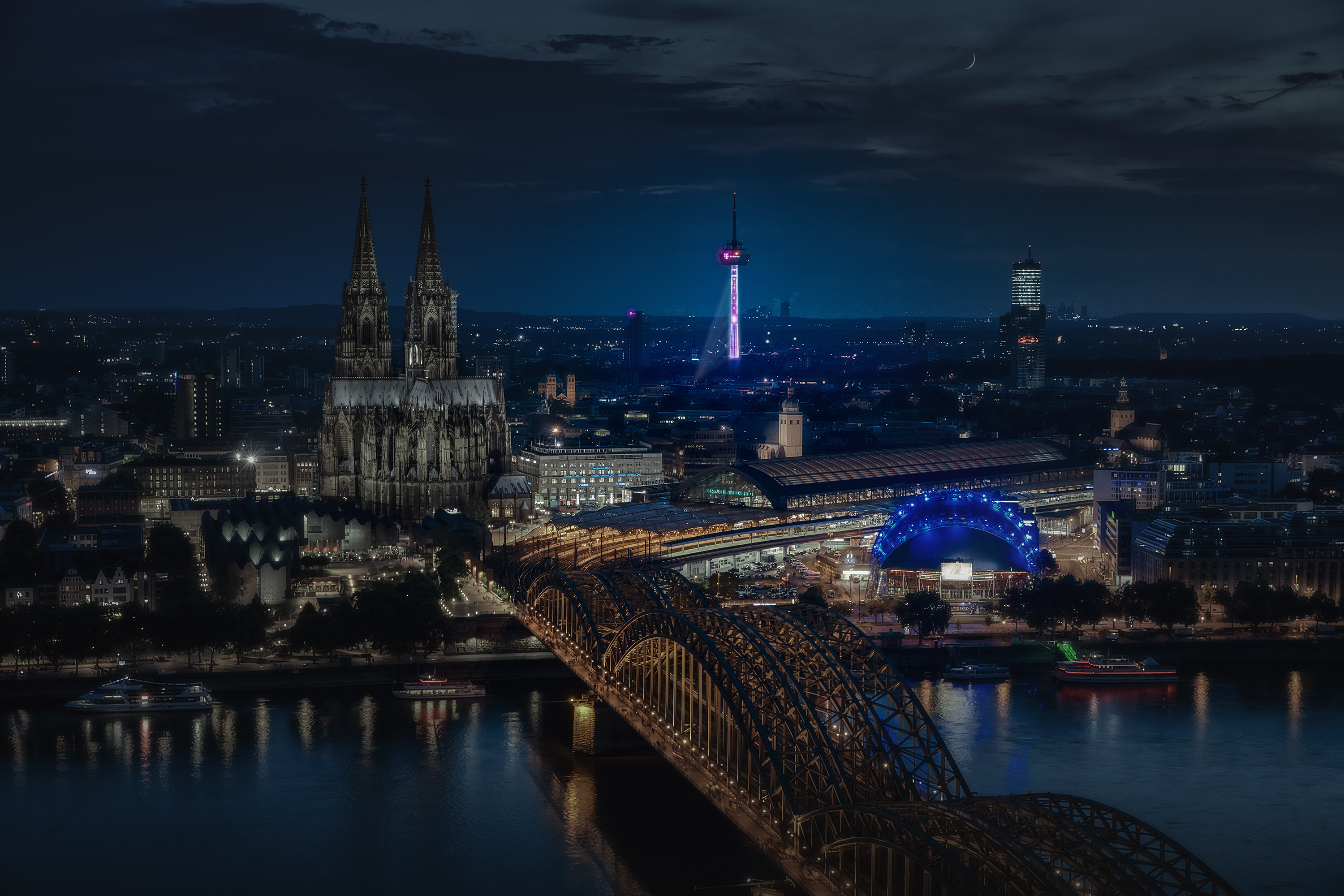 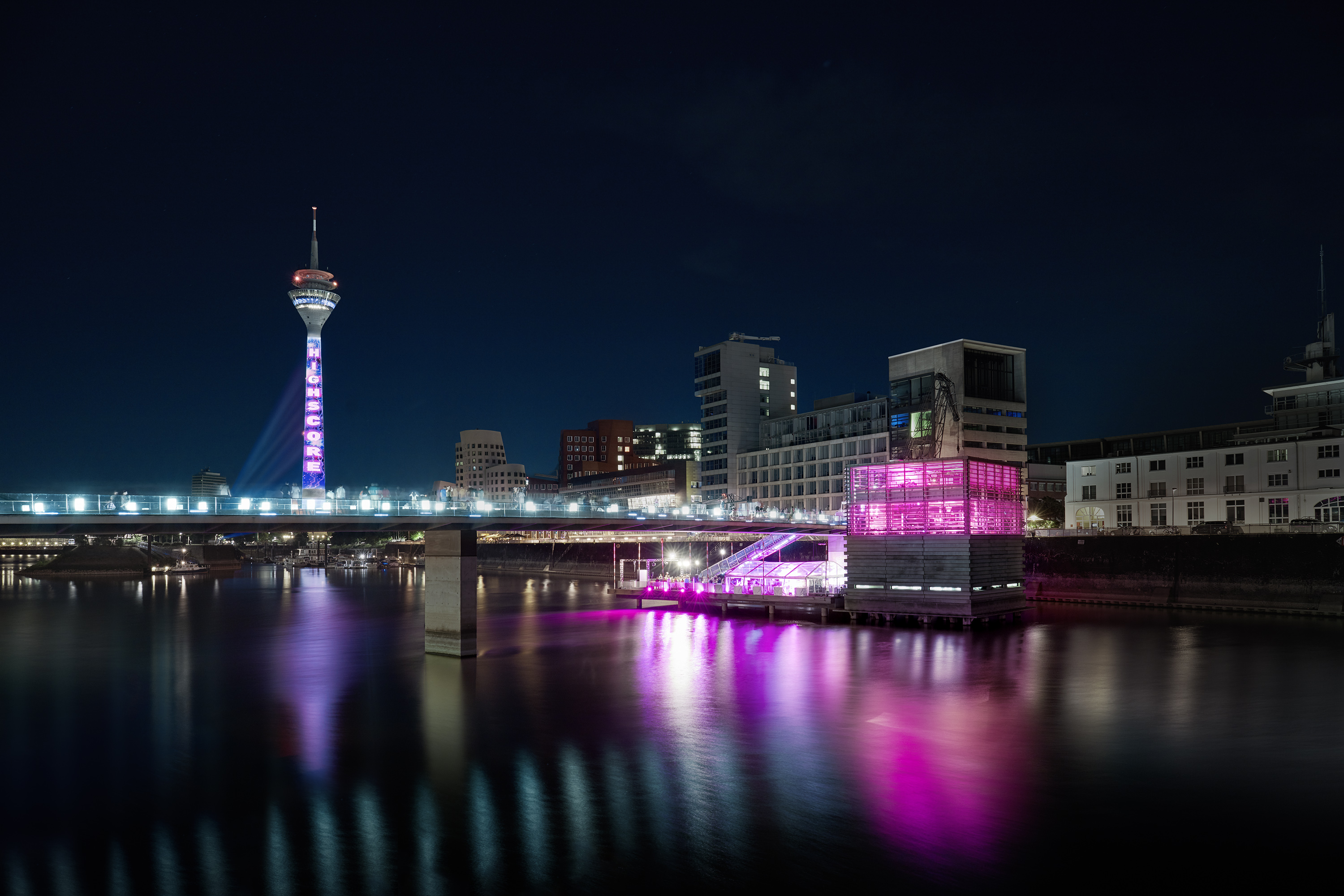 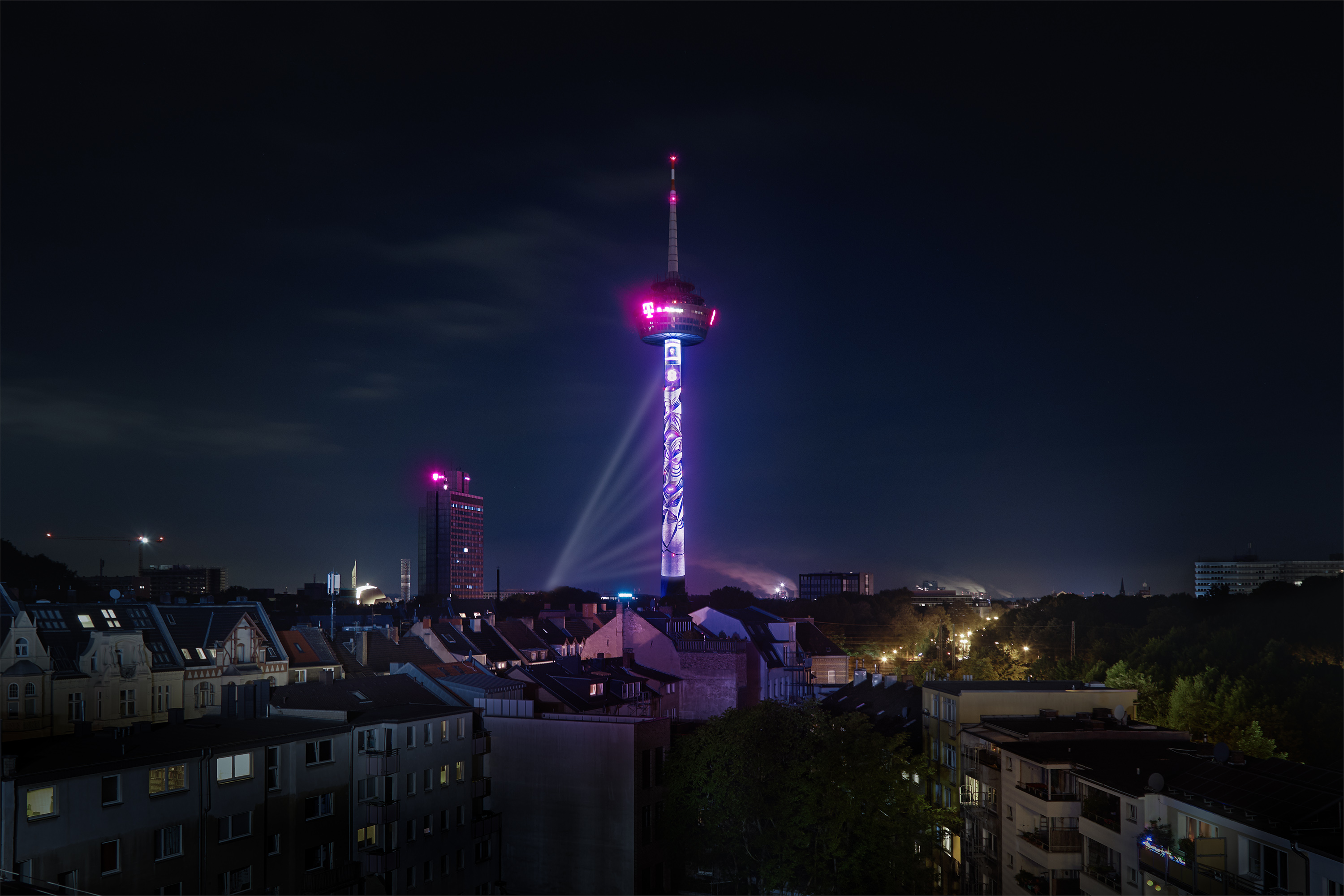 Taking up a tempting challenge posed by Saatchi & Saatchi, we developed and realized an extra-large-scale interactive game for an unusual PR event. The idea was to let the neighbouring cities of Cologne and Düsseldorf compete in an epic battle of strength. With not less than 36 projectors, we turned two telecommunication towers, the Colonius and the Rheinturm, into giant high strikers. Local companies and school classes from both cities were invited to participate in the Digital Derby. The impact of each hammer strike was translated into vibrant 3D-animations in real time.

We want to thank Michael Wirtz (Project Manager Telekom AG) and the whole Saatchi & Saatchi Team (saatchi.de) for the brilliant idea and the successful collaboration.